The Story Behind the Design: Mighty Miss Brewing Co. 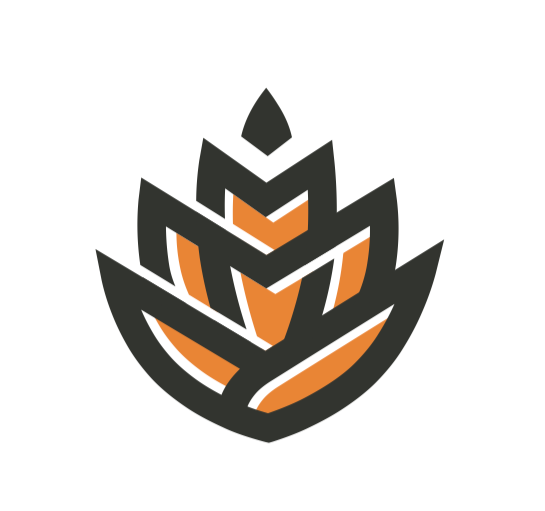 A swath of rich earth between the Mississippi and Yazoo rivers, the Mississippi Delta is a character all its own in the story of the Deep South. The region is rich in history, and the old port town of Greenville in its heyday was considered the center of Delta culture. Today, Greenville and the Delta are associated with their agrarian and musical heritage. When the area’s first craft brewery tasked Farmhouse with its branding, packaging and naming concepts, we embraced the notion of honoring geography and history in telling Mighty Miss. Brewing Co.’s story.

As the first microbrewery in the region, we were able to lay claim to the Mississippi Delta theme. With the slogan “Imported from The Delta,” we are inviting consumers to step back in time and alluding to a simpler way of life. To be successful, the execution must be impeccable. From the logo (which cleverly incorporates two “M”s into the hops icon) to the naming of each varietal, the packaging has to deliver the most promise as beer aisles become more and more crowded with craft ales and porters, IPAs and lagers. In this case, we decided less was more and bucked the trend of using mural-like artwork for labels and cans. Simple, clean icons representative of the name of each varietal give shoppers just enough information to identify the brand quickly.

After extensive research to ensure originality and uniqueness in trademarking and naming Mighty Miss. Brewing Co. and its products, we settled on identifying the varietals and their packaging with Delta towns. The flagship Mighty Miss. Pale Ale aside, they are the Sledge Saison, Pace Porter and Onward Amber Ale.

* Sledge is the hometown of African-American country music singer Charley Pride. The icon for the saison is the sledgehammer, meant to represent hammering down barriers.

* An image of a pocketwatch on the label of the Pace Porter represents a place where time seems to move as slowly as the Mississippi River flows.

* The town of Onward has the distinction of being the location of an event that inspired the creation of the teddy bear. It was there that President Theodore Roosevelt refused to shoot a bear that had been cornered and tied to a tree after his party had earlier failed to spot a bear during their hunt. To tie this story to the Mighty Miss. Amber Ale, we chose not to go with the obvious and instead used an image of Roosevelt’s iconic spectacles for the label art.

Through a macro method of branding for our Delta microbrewery, we have created a cohesive and highly visible family of products that stands out in the in the crowd and beckons shoppers to make like that mighty river and just kick back and “Let It Flow.” 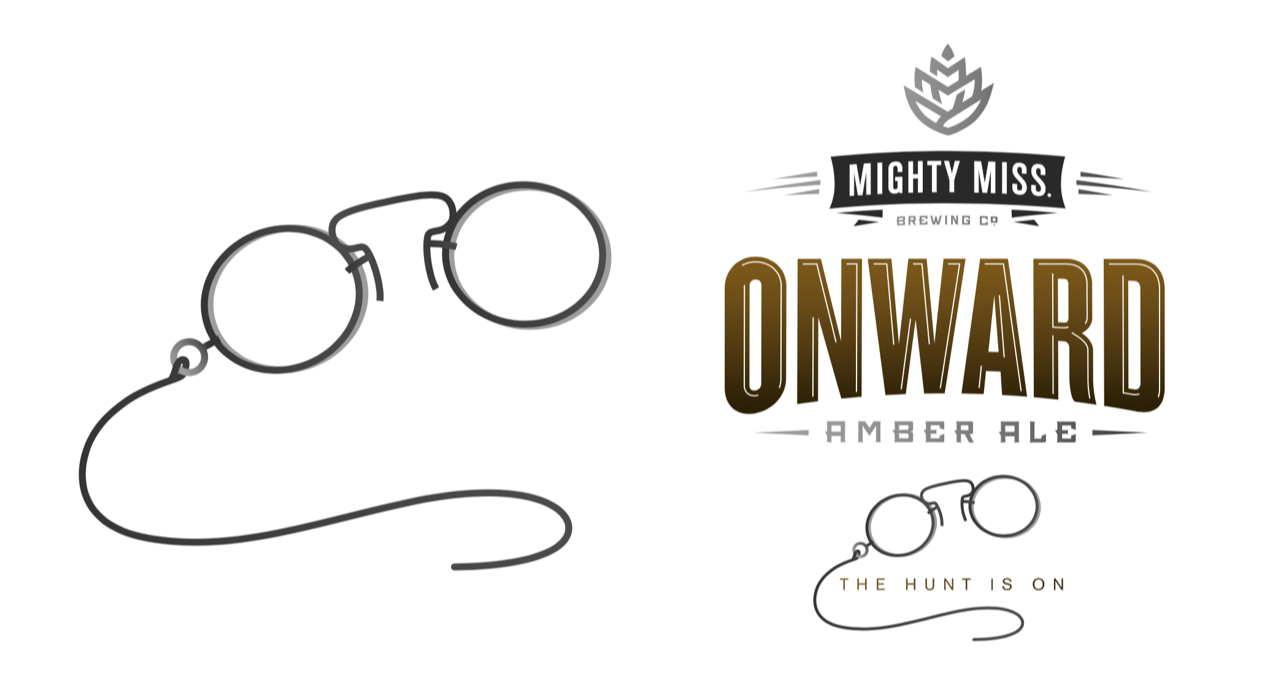 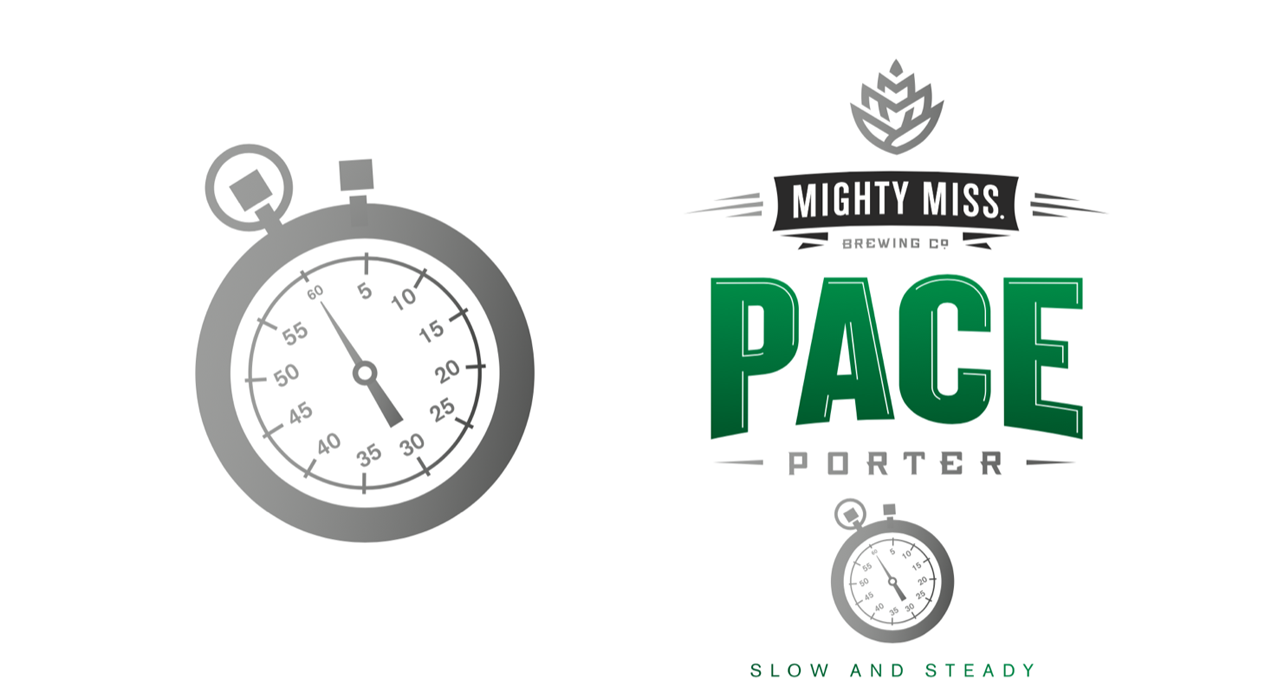 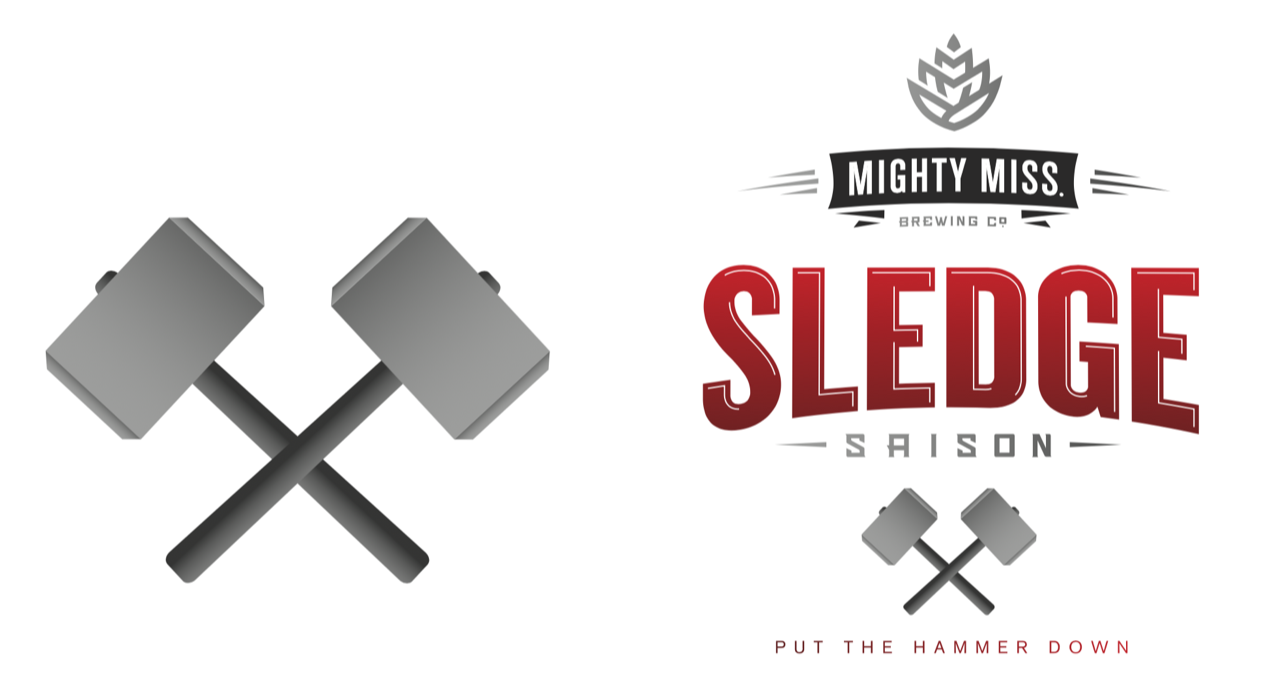 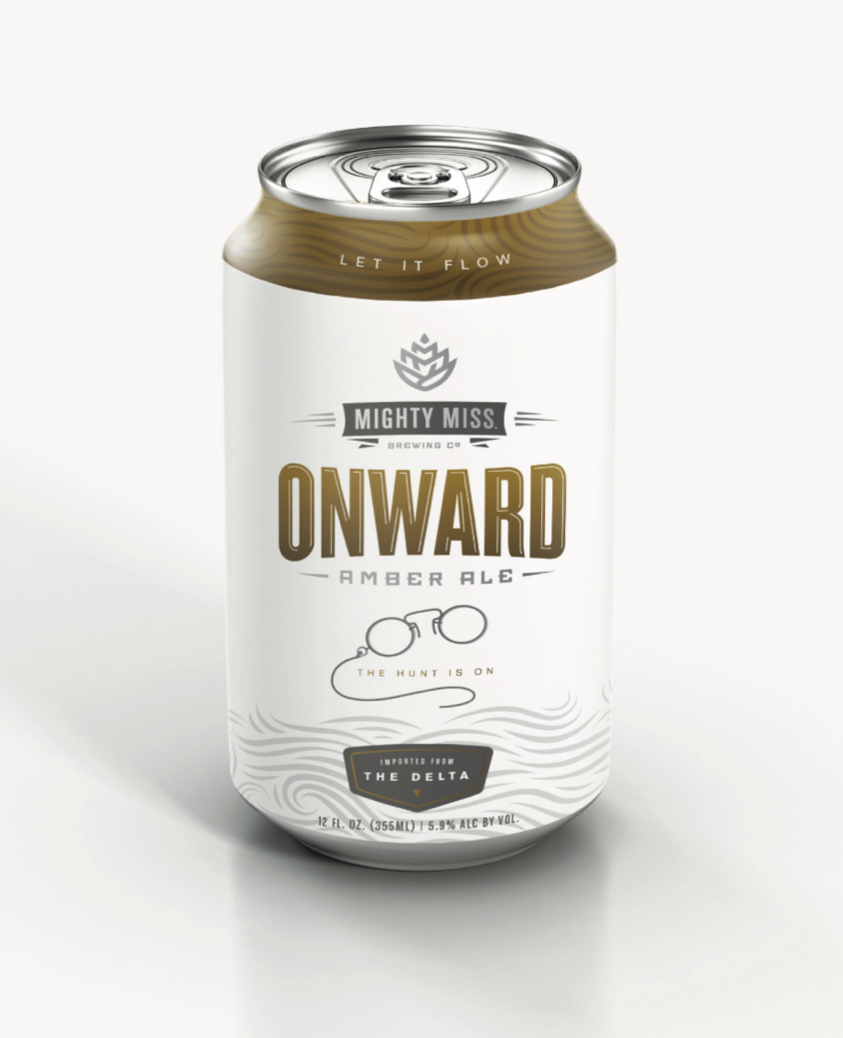 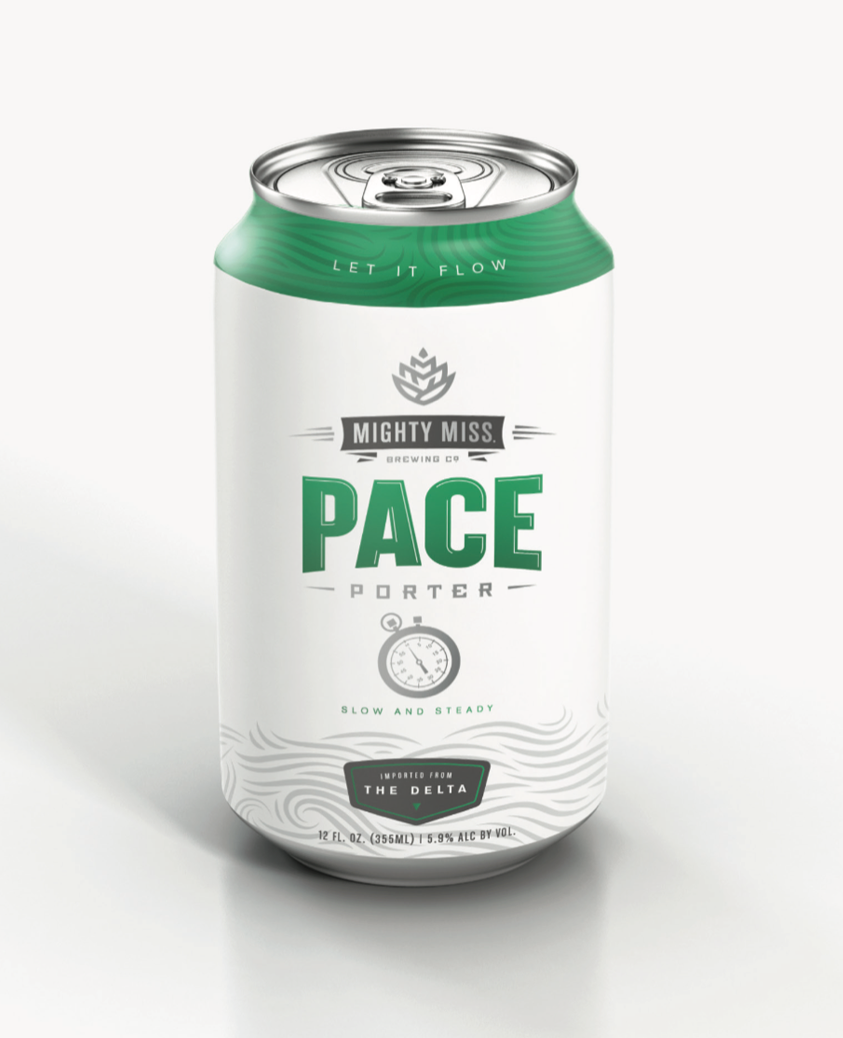 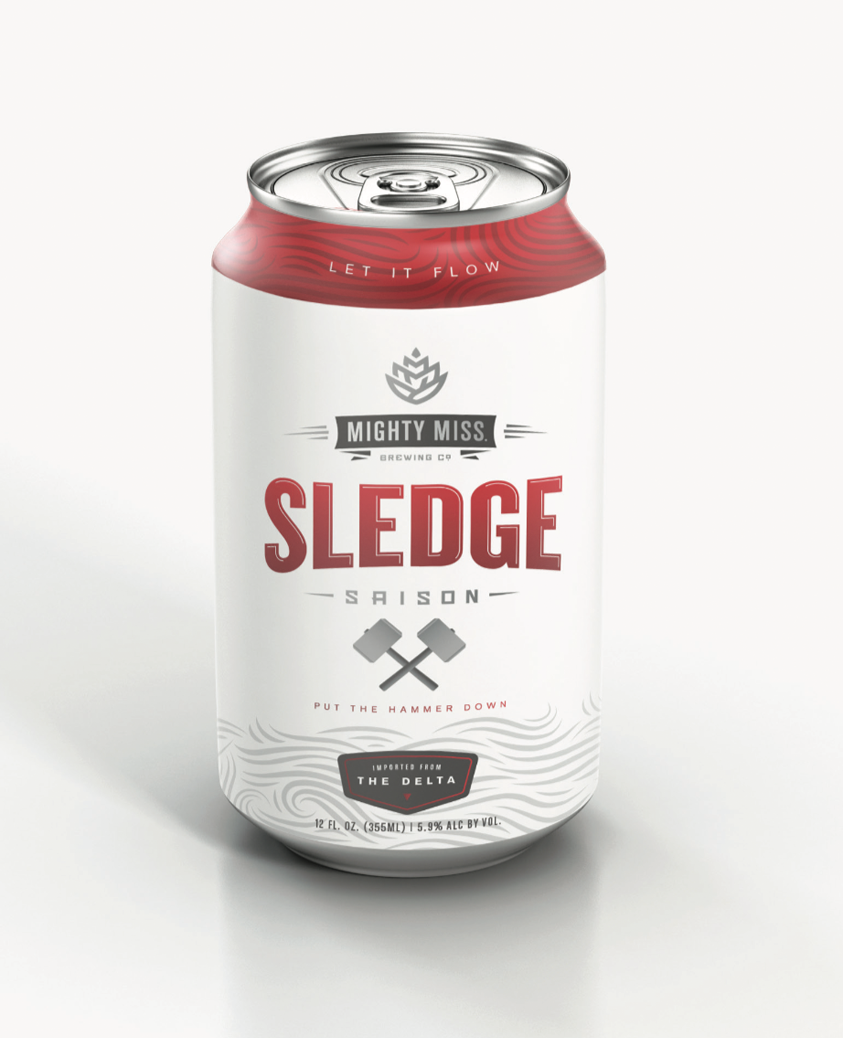